Mikhail Botvinnik surely was one of the most interesting figures in the chess history, but what makes him so special? Well, the fact that he became chess world champion 3 times makes us wonder how solid was his personality that he never gave up even after being forced to do so. Let us find out how this talented kid vanquished his rivals.

As life experience shows, a strong mentality always appears within people with poor childhood. So was with Botvinnik. His father left the family to marry another woman and Mikhail lived a poor life in Leningrad, literally having nothing to eat.

During those days he started to fall in love with chess. He started playing chess at the age of twelve and quickly turned into one of the best chess players in the Soviet Union. 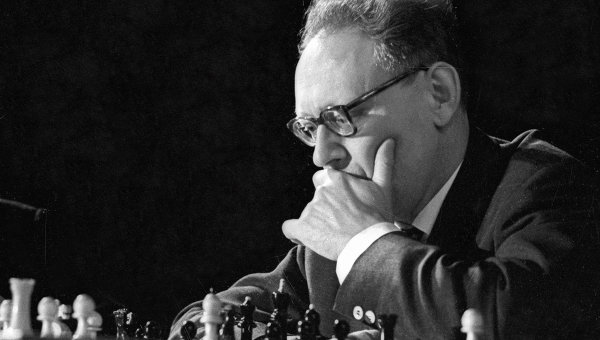 The keys of his success are considered to be his organized schedule and the way of training. In a more detailed view, Botvinnik never broke his schedule and curfew and that is the thing every chess player should do for being successful.

On the other, he organized his training in a very weird, yet in an extremely awesome way. Botvinnik turned on the radio on a maximum volume and trained chess under that awkward voice. His methods worked out as he conquered the whole chess world without even having a trainer.

And also, everyone looks at the numbers and never thinks about the details. Botvinnik never showed extraordinary results and never fancied to realize impossible things. The way he played chess, the simplicity that flew out of his moves made him stand out of the chess society. Probably this saying ‘’Genius is within simplicity’’ describes one of the greatest in the chess history the best. Let us review one of the greatest chess games of Botvinnik in order to feel his subtle chess ideas. 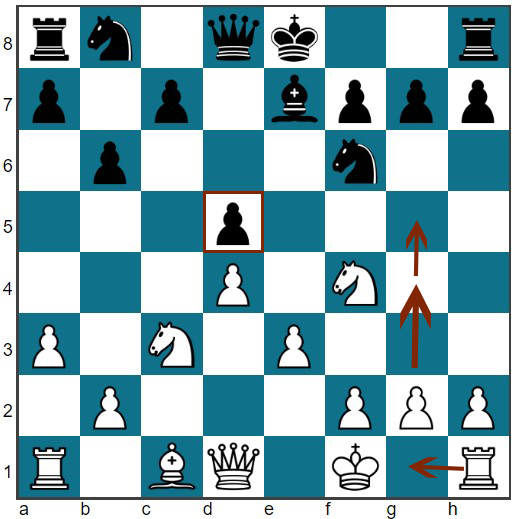 This move is unexpectedly versatile

•    Set a pressure on D5 pawn,
•    Organized an attack on the King, that is likely to castle with H8 Rook,
•    H1 Rook will easily join the game and finally, g4 move fixes white King’s position
•    Aftermath King will not be in trouble.

Smyslov was embarrassed after this unanticipated continuation and played C6, a weak move, easily letting Botvinnik organize his attack. Yet Vasilly should have considered more radical solution embodied in a G5 move.

It is a logical reply, but later Botvinnik went on to say that even if he had known that the right move is that and as a result of that Black will get a slightly good position, he would have still played G4, for playing G5 is 1000 times riskier than the previous move done by himself.

Another recommended move could have been H6, which was calculated by Smyslov, but as a result of H6 move it will be dangerous to castle and that is the reason why Smyslov gave a wide berth to H6 move. 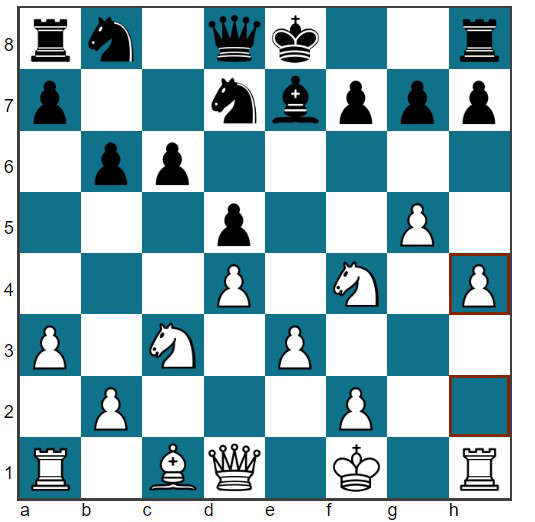 Botvinnik has already gained a huge advantage and after several struggling moves Smyslov was not able to survive Botvinnik’s mind games.

Andrew Soltis, a chess Grandmaster, wrote about the world’s 6th champion: ‘’Botvinnik was born under a monarchy, lived through a revolution, a civil war, the brutal collectivization and famine, the Terror, a second world war, a cold war, the end of Stalin and a ‘’thaw’’, the malaise of the 60s and 70s, the Gorbachov reforms of glasnost and perestroika, at age 80, the end of the Soviet Union and the beginning of an uncertain new Russia that is still trying to define itself’’.

Still, Mikhail managed to achieve his all goals by just keeping his identity in chess and improving it day by day. Then what makes you think you are not able to achieve yours?