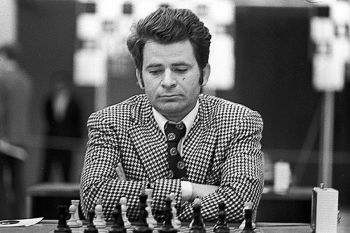 Boris Spassky is the 10th world champion of the World, who earned his title defeating Petrosian in 1969.

After I won the title, I was confronted with the real world. People do not behave naturally anymore - hypocrisy is everywhere. - Boris Spassky

When I am in form, my style is a little bit stubborn, almost brutal. Sometimes I feel a great spirit of the fight which drives me on. – Boris Spassky

In my country, at that time, being a champion of chess was like being a King. At that time I was a King … and when you are King you feel a lot of responsibility, but there is nobody there to help you. - Boris Spassky

While enjoying the champion’s title, Spassky once said։ «I don’t want ever to be champion again»․

Bois Spassky is considered to be universal Chess player who was equally strong on attacks and on defense.

I believe that judged by his style of play, Spassky is much closer to Alekhine and Tal than to Smyslov, Botvinnik, or Petrosian. This is probably why when Spassky was in his best form, neither Tal nor Korchnoi could really put up much resistance against him. Spassky could read their play (especially that of Tal) likes an open book. – Garry Kasparov

In his young years, he was famous for the expert of attacks and combinations.

The universal chess style, characterized by the ability to play quite different types of chess positions, is considered by many to derive from that of Boris Spassky. But I think that the general idea that Spassky has a universal style overlooks the fact that from an early age, Spassky had a bent for sharp, attacking play and a good eye for the initiative. – Garry Kasparov

One of his lovely debuts were Spanish game with two colors and the Sicilian defense with whites. Spassky was also wonderful psychologists. He was extremely balanced personality. Fisher mentioned especially his cold-bloodedness and iron nerves which helped him in every situation.

«Spassky sacrifices his pieces with the utmost imperturbability. He can blunder away a piece, and you are never sure whether it's a blunder or a fantastically deep sacrifice. He sits on the board with the same dead expression whether he's mating or being mated»․Bobby Fischer

We present you the best games of Boris Spassky.