The best games of Mikhail Tal 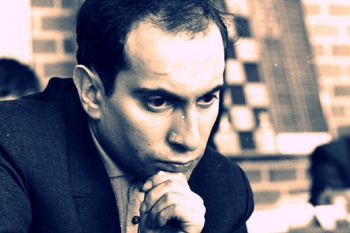 The Genius mind of Tal was noticed still at his young age. He learned to read at the age of 3, at 5 five he already could multiple three-digit numbers and went to school from the third grade.

Analyzing his chess games is tantamount to discussing what God looks like. - Vladimir Kramnik

It's funny, but many people don't understand why I draw so many games nowadays. They think my style must have changed but this is not the case at all. The answer to this drawing disease is that my favorite squares are e6, f7, g7 and h7 and everyone now knows this. They protect these squares not once but four times! – Mikhail Tal

Later, I began to succeed in decisive games. Perhaps because I realized a very simple truth: not only was I worried, but also my opponent. – Mikhail Tal

Some sacrifices are sound; the rest are mine. – Mikhail Tal

The chess story of Mikhail Tal is about the act itself of straining against the leash of limited human imagination to create mammoth combinations on the chessboard. During his games, Tal wished to go where no chess player had ever gone before, choosing the middlegame as his métier for creative expression. He burned energy profligately. A chain-smoker and a heavy drinker, Tal pulsated nervous energy, pacing like a caged tiger in between moves. And as a young man with those famous fierce, hooded eyes and that imposing hooked nose, he bulldozed all before him. – Larry Parr

Tal played chess till his last breath. Though at classic chess he didn’t have serious winnings he never lost his genius mind in Blitz. He became the first Champion of fast chess in 1988(only the tournament wasn’t an official one).

The best games of Mikhail Tal